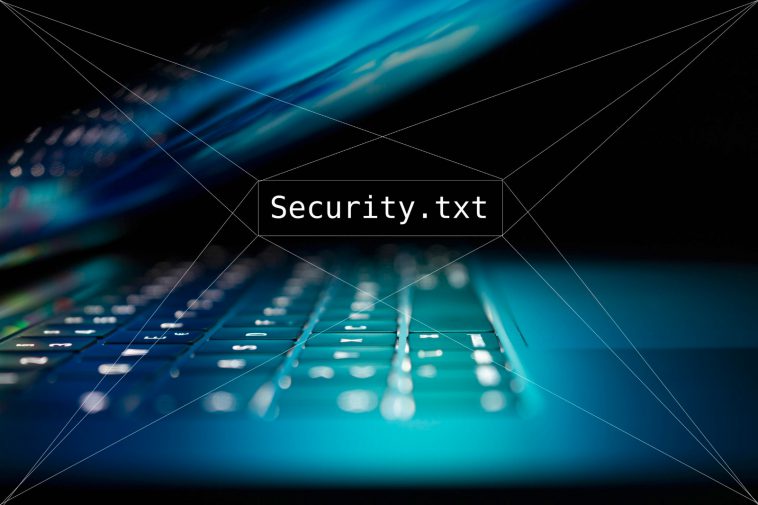 Table of Contents show
1 Introduction
1.1 What is security.txt?
2 Study
2.1 Prerequisites
2.2 What can we look for and how?
2.3 Statistics
3 Alternative Methods for Finding Security.txt
3.1 Shodan
3.2 Google dorks
3.3 Bing dorks
3.4 Baidu dorks
3.5 Nuclei
3.6 findsecuritycontacts.com
4 dnssecuritytxt
5 Should we support further adoption of Security.txt?
5.1 How this can be supported?
6 About the Author

This article looks to answer the question of how widely adopted ‘security.txt’ has become, 3 years on (2020) from when it was first drafted (2017).

In short, “security.txt” is similar to robots.txt but intended to be read by humans wishing to contact a website’s owner about security issues. (Wikipedia)

The summary on securitytxt.org, the website that promotes the proposed standard.

The idea is simple: instead of looking for a bug bounty program on dozens of platforms, looking for or guessing for an address mail, looking for a page describing the disclosure policy, etc. just check /.well-known/security.txt that will point you to the right place and tell you who to contact.

Security.txt is not yet an RFC but is currently an Internet draft and there is a public repository if anyone wants to contribute.

The first Internet draft was submitted by Edwin Foudil (EdOverflow) in 2017, since a total of 9 drafts were issued.

The 1st of April 2020, the video maker LiveOverflow made a video about security.txt and made an April fools joke claiming he was the creator because people constantly confuse EdOverflow vs. LiveOverflow.

Examination of the adoption of security.txt by the largest websites in the world.

It’s impossible to know how many security vulnerabilities would have been reported if the researcher had a simple, incentivized mechanism for doing so. Traditionally, researchers have reached out to generic email address eg. [email protected] where they are frequently ignored. The fact that Contact is the most used field in security.txt highlights that this is the most important component for both the researchers and the companies.

To study the adoption of security.txt among the most visited websites, I downloaded the Top 1 Million sites list either from Alexa.

What can we look for and how?

Note: I made a side repository that contains the scripts used for the study.

The idea is simple: fetch security.txt from top 1000 most visited websites in the world, either from /.well-known/security.txt or /security.txt. From here I will document who has used it and how (looking at the fields utilized).

So we will try to collect the data below for each website:

On the repository mentioned earlier (you can check the fetch.rb script).

It was not as easy as anticipated to collect this information from the sites, some of the issues I faced included –

This is why the fetch.rb script looks over-complicated for a script that just need to fetch a file. And because handling all those kinds of connection consumes time I decided to fetch data only for the Top 1000 as the Top 1M would have required days and days.

You can use the script analyse.rb in the repository mentioned earlier to analyse the data fetched in results.json.

I made some charts to present the results in a more visual way.

You can observe the adoption of security.txt among the 10, 100 and 1000 most visited websites. For the top 1000, the adoption rate sits at around 10%, though the likelihood of adoption increases as the popularity of the website increases – a particularly encouraging trend to see.

We will now explore which fields are used among the websites that do use security.txt.

As expected Contact and Policy are largely used but Expires is not even used once in the Top 1000.

Among the 104 websites using security.txt in the top 1000, only 1 signed the file with PGP.

Below, the top 10 websites using security.txt and their position –

For fun I also created a pixel map of websites using security.txt. A blue pixel means the website is using it and an orange pixel means it does not use it.

As there are 1000 websites I wasn’t able to create a square image and instead made a 40×20 one. But 40×20 pixel is very small so I up-scaled the image with ImageMagick: convert pixel.png -scale 2000% pixel_scale.png.

Shodan supports security.txt and parses it to display it as the “Security Contact” section on each host result. The raw data is available under the http.securitytxt banner and can be used as a filter.

Nuclei is a customizable vulnerability scanner based on simple DSL where a check can be written as a simple YAML template, among the templates there is one (since 2022-01-28) to detect the presence of a security.txt file and extract contact information from it.

Since 2021-03-21, the website findsecuritycontacts.com (previously gotsecuritytxt.com) scans the top 500 sites daily for their security.txt file and shows the results on their website.

The same day (2021-03-21) was launched DNS Security TXT, a standard allowing organizations to nominate security contact points and policies via DNS TXT records. In brief, it’s security.txt but over DNS instead of HTTPS.

It’s an authoritative alternative that helps centralizing the security policy over a large group of websites, also making it more visible and accessible for non-HTTP services (eg. a SMTP server).

DNS records speak on behalf of the organization and not just an individual server or application owner. Pairing security reporting and policy information with the authoritative nature of DNS creates confidence in the information provided.

Should we support further adoption of Security.txt?

While it is not something that many security researchers look out for or are aware of (at the point of writing this article) security.txt is taking steps in the right direction.

“One of the biggest problems security researchers are faced with to date is a choice between serious effort and potential legal threats for the privilege of doing someone else a favor, against making some money and taking the credit through an alias. It becomes easy to understand why some black hat markets have over 1 million registered users. ” – Material from TurgenSec Ethics Policy

Not having a security.txt file and hard to find security contacts, or no visible policy is like not giving your postal address to someone that wants to send you a gift card.

How this can be supported?

This piece was written by Alexandre ZANNI aka noraj and edited by TurgenSec. Alexandre is a pentester and a BlackArch dev. His collaborations with TurgenSec have received international attention within cyber security.

0
Table of Contents hide
Introduction
What is security.txt?
Study
Prerequisites
What can we look for and how?
Statistics
Alternative Methods for Finding Security.txt
Shodan
Google dorks
Bing dorks
Baidu dorks
Nuclei
findsecuritycontacts.com
dnssecuritytxt
Should we support further adoption of Security.txt?
How this can be supported?
About the Author